After numerous collaborative projects, including the Italian synthwave band Itaca, Holly Herndon and Kat Frankie, Berlin born and raised artist Albertine Sarges brings together a new band for her debut LP „The Sticky Fingers“ and signs to UK indie label Moshi Moshi Records. Her debut album, out in January 2021, approaches her take on feminist theory, musings on bisexuality, gender stereotypes and mental health. These topics fall under the ever-shifting veneer of Albertine’s chameleonic pop motifs: from Viv Albertine-inspired post-punk and kaleidoscopic dream-pop to quiet-loud guitar squall and Tune-Yards reminiscent vocal acrobatics. While Albertine Sarges maintains a sense of comedy in her approach, her music is also a platform to explore the self and contribute to broader societal discourse. Through her music, Sarges discusses several themes, from feminism, bisexuality, and gender stereotypes, to love and relationships, to discussing mental health. “So much of this album is about the experience of togetherness vs. fighting alone,” she says. “These moments of saying ‘yes!’ and letting yourself fall into the arms of a community. Being held and the tenderness of that trust.” The Sticky Fingers is named after Sarges’ close friends who she recorded this debut with Rosa Mercedes, Lisa Baeyens and Robert Kretzschmar. It has been recorded in live-sessions at studios of Whitest Boy Alive-keyboardist Daniel Nentwig’s, in Berlin’s Neukölln district. Credit for all musical arrangements and post-production go to Sarges herself. 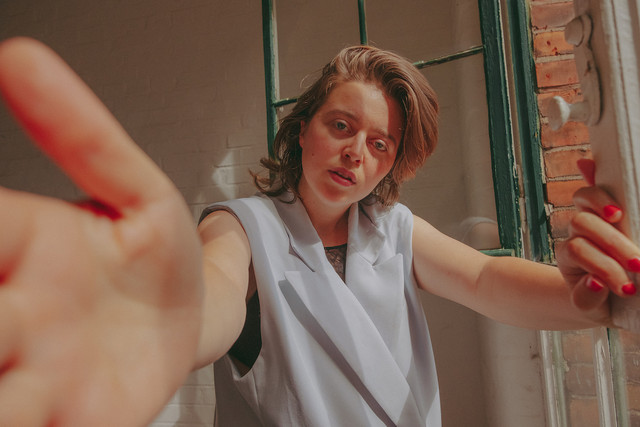